Alyne - Made in Germany - Operating Globally 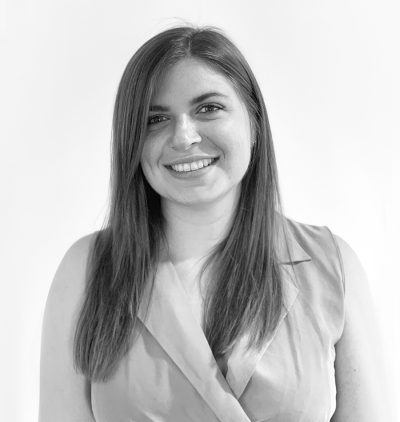 Last week we announced a further global expansion of Alyne, with the launch of our fourth office and our entrance into the U.S. RegTech market - operating out of New York City. In 2015, when Alyne was founded, it was decided that the company language would be English. One of the key motivating factors for this was the company vision to operate on a global scale, with the intention to expand into different countries more effectively. We identified the opportunities and witnessed the market readiness for each of our chosen locations - and today we are proud to have Alyne physically represented in Germany, UK, Australia and in the U.S..

Since the founding of Alyne in 2015, a lot has happened and we would like to officially introduce you to all of our Alyne office locations and share the story behind each of them.

Alyne was founded in Munich in September of 2015 by our four founders, who have been working together for more than 10 years in various combinations. They share a strong professional and academic background in IT security and risk management, a passion to deliver value with innovative clients, and a drive to find the most functional and aesthetic information design possible. Opening up our Headquarters in Munich was the obvious choice since it’s the city where all of the Alyne founders resided when they founded the company. Alyne’s first few months had all the typical characteristics of a startup, in that it operated initially out of one of the founder’s apartments. One of the memories our CEO, Karl Viertel, shares is: “Alyne wasn’t started in a garage. The room was a lot smaller”. Three years later and we have a beautiful location for our Munich Headquarters, with the opportunity to collaborate daily with our team of 19 employees - which we expect to see grow exponentially in the coming year.

I joined the Alyne team to head up Marketing just over two months ago. What has been really wonderful to witness is the expansion of locations and the increase of new hires in such a short space of time. In the two months that I have been here, two new global Alyne offices have launched. It is exceptionally exciting to be part of a company that has such a strong vision for growth.  - Bayley, Marketing

London called and we answered.

In 2017, Alyne got the chance to be part of the Barclays Techstars Accelerator Program in London. After finalising the Accelerator Program, Alyne decided to expand into the UK and become a part of the co-working space at Rise London - created by Barclays. Ever since then, we have been part of the startup co-working space culture which has given us the chance to network with a number of very innovative people and companies. Alyne is being recognised as a leader in the UK RegTech arena with an on-the-ground team of four. We have every intention and are very excited to grow the market and the team further in the the coming months.

Ever since I started my stint with Alyne in Aug 2017, everyday has been filled new learning opportunities and exciting experiences. Being part of the Rise community has also provided me with an unparalleled access to bespoke programmes and events, and an exclusive opportunity to connect into the wider Barclays network of experts, Techstars mentors and CEOs of other FinTech companies. - Faris , Alyne Library Management

Opportunity in the land down under.

Our CEO and Co-Founder, Karl Viertel, lived in Australia for a few years before founding Alyne with the rest of the founding team. Based on the network Karl had made during his time in Australia, there were significant business opportunities and motivating factors to open up the third Alyne office in Melbourne in 2018. The process of doing so unfolded rather quickly. Opening up Alyne’s third global office happened within weeks and we didn’t get the chance to officially celebrate our success. Our Australian colleagues are doing an amazing job and our customer base continues to grow.

The Alyne opportunity came up unexpectedly. When I did my research I found that the Alyne solution was a well rounded and a solid platform. The market feedback was that there is a real need for an Alyne type solution. The market requirements continue to be very real. This is leading to swift and rapid adoption across many different verticals in the Australian market. Personally I am driven by successful customer outcomes, where mutual investment of time and resources ensures that our customers have a better and much more efficient business model that can get leveraged across the organisation. A very quick and positive win for internal stakeholders. - Sean, Sales Director Australia

Taking a bite out of the Big Apple.

After finalising the Series A funding round in November 2018, the business plan was to invest those funds into opening up an office in New York City, USA and to further expand on a global basis. We are proud to say that in January 2019 Alyne officially entered the U.S. market. Our office is located in a modern co-working space at Rise New York, created by Barclays, and surrounded by young startups from the same industry sector. In January, we welcomed our first new colleague and spent a few days in the Big Apple to finalise our hiring process, which officially marked the beginning of the Alyne U.S. Team.

Being part of Alyne has been awesome. While I am the first U.S. employee, I feel fully integrated with the company. Everyone has gone out of their way to welcome me. Alyne truly is a collaborative team environment! - Tyler, Sales Director U.S.

We are very proud of our milestones and how far we have come in the three years since Alyne was founded. Our four locations give us an on-the-ground opportunity to globally grow our customer base and to comfortably provide our clients with the highest level of service.

Alyne is a next generation B2B RegTech, offering organisations risk insight capabilities through a Software as a Service. Alyne’s technology is created and crafted by industry experts - allowing industries of all sizes to mature their Cyber Security, Risk Management and Compliance requirements through a set of extensive, content-centred and instantly available control sets. Alyne’s RegTech solution digitises an arena where spreadsheets used to reign, empowering businesses to make informed, smart and risk aware decisions in protecting their most valuable assets.

Accelerating Cyber Security in the Automotive Sector, in Partnership with PROOF by ESCRYPT

Alyne’s GRC Software as a Service, has partnered with an automotive security specialist, ESCRYPT as well as KPMG to offer joint expertise in developing the Product Security Organisation Framework (PROOF).

Alyne and strategic partner, Happiest Mind Technologies, will be working with Cutover UK, to deliver SOC 2 Type 1 compliance. Cutover will be leveraging Alyne to provide greater assurance to their customers by demonstrating their commitment to Cyber Security trust principles.

Alyne and the Council of Australasian University Directors of Information Technology (CAUDIT) have combined experience and technology in a world-first cybersecurity maturity benchmarking exercise against ACSC Essential 8, NIST and ISO27001.

Alyne is proud to announce a new partnership with our customer-turned-partner, SpotIT which is the largest independent managed services provider in Belgium.

As the world moves forward, business leaders are being held more accountable for their responsibilities towards their employees, communities and the environment. Alyne and KPMG have teamed up, combining industry leading expertise on human rights and sustainability with next-generation technology to help our customers comply with requirements defined in international standards and regulations.

Alyne is partnering with Future Focus Infotech (FFI) in a Global Strategic Reselling and Implementation partnership. FFI is a 23-year-old IT Consulting, Services and Staff Augmentation organisation with operations in India, Middle East and the US.