How Will RegTech Shape in the Face of Brexit?

The deadline for Brexit is fast approaching and we are exploring the all-important question of how RegTech will shape in the face of Brexit. 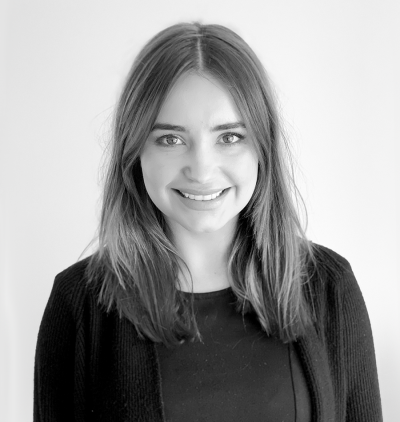 Bayley Benton
about 2 years ago
regtechnewsBrexit

With the impending Brexit deal to be decided in just a month's time, the question of just how Regulatory Technology (RegTech) is going to shape in the face of Brexit, largely remains to be determined. Born out of the financial crisis in 2008, the RegTech industry quickly rose to become something of a revolution in digitising the regulatory compliance process. The UK market and London in particular, quickly became the leading hub for RegTech solutions and early adoption.

“I don’t see a shift away from London. If you are not present in London, you are not being recognised worldwide.” - Stefan Sulistyo, CCO and Co-Founder in response to Brexit and business within the UK.

The UK’s pivotal role as the European RegTech and FinTech hub can be largely attributed to their mature financial services sector and the vast rule book that they are governed by, but how exactly will the first vital years play out after they leave the European Union? And what does it mean for RegTech businesses who have invested interests there? This is likely the biggest question on the lips of those in the RegTech industry, according to Karl Viertel, CEO and Co-Founder of Alyne.

Let us start with what we do know... There will be a two year post-Brexit transition period, which insists that the UK must continue to follow EU financial regulations and deliver on the directives whose implementation date falls within the transition period. This requires that regulations like MiFID2, GDPR and PSD2 still be implemented by UK financial institutions within the coming years. This two-year transition will provide consistency and a ‘buffer’ period for UK businesses to adapt to the change and finalise trade agreements.

According to Karl Viertel, there are two possible outcomes for the RegTech industry after Brexit:

Post-Brexit, if the EU goes down the path of radical change, we can also safely expect that multitudes of amendments will need to be applied to standards and regulations - affecting almost every organisation. This will require re-distribution and total re-compliance from employees and organisations. This will be no small exit transition for the UK, but for RegTech it could well mean an incredible window of opportunity. A wide open space to capitalise on delivering the latest regulatory digital compliance technology in order to facilitate the challenging Brexit process. RegTech might further prove to be the go-to technology to instil business security and peace of mind through this bumpy time in the UK’s business and economic landscape, by saving companies large amounts of time and providing them with the ability to adapt to the changing environment on tight budgets.

Two further questions we look forward to being answered post-Brexit are:

How will non-UK based businesses adapt to doing business in the UK? – and – What will UK-based businesses do, once the entire regulatory environment changes?”  For now, businesses within the UK need to focus on preparing their strategy for any kind of outcome–deal or no deal– and RegTech providers should approach Brexit as an opportunity to efficiently deliver a tailored and accurate solution when the requirements arise. At Alyne, this is exactly the mentality we are adopting in order to prepare and provide for our UK based customers.

It may be the case that Brexit’s impact on RegTech and regulation won’t be as harsh as some might expect… but maybe it will completely revolutionise the industry by allowing those with deep expertise capitalise on helping organisations navigate regulatory compliance within this changed market.

For more insight and discussion around this topic, you can listen and subscribe to The RegTech Report Podcast on Apple Podcasts, Spotify and Stitcher. The RegTech Report is a Podcast hosted by two of Alyne's Founders, Karl Viertel and Stefan Sulistyo. Let us know your thoughts on Brexit and what it might mean for the RegTech industry by joining in the conversation on Twitter.