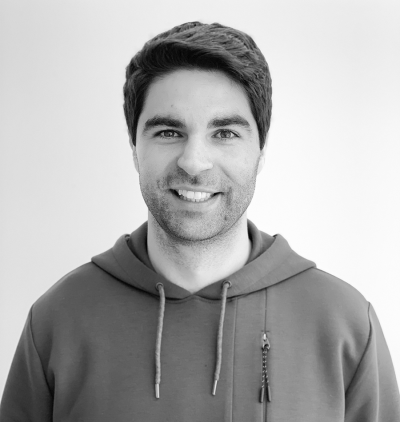 Before I continue, let me get a few definitions out of the way:

The first step in any risk management process is obviously the identification of what risks exist. Alyne helps you to do this through conducting self assessments using Alyne’s control sets or customised controls which can then be used to produce reports identifying specific risks to your organisation, which can then be tracked in a risk register.

Once risks have been identified, an organisation will need to set up and execute individual and tailored mitigation plans in respect of identified risks - this is arguably the most crucial aspect of risk management and appropriate time and thought should be allocated to getting this step right. We would suggest the following best practices:

When developing mitigation plans, it’s extremely important to obtain input from key stakeholders in the organisation - i.e., those individuals or teams which may be impacted by the risk eventuating or who may be able to influence the likelihood or impact of the risk. Those individuals are likely to be able to provide the best suggestions for which mitigation tasks should be included in the plan.

We recommend the use of an open and easily accessible platform which facilitates interaction and discussion of the risk between key stakeholders. For auditing purposes, it’s also a good idea to maintain written records of all conversations about the risk. 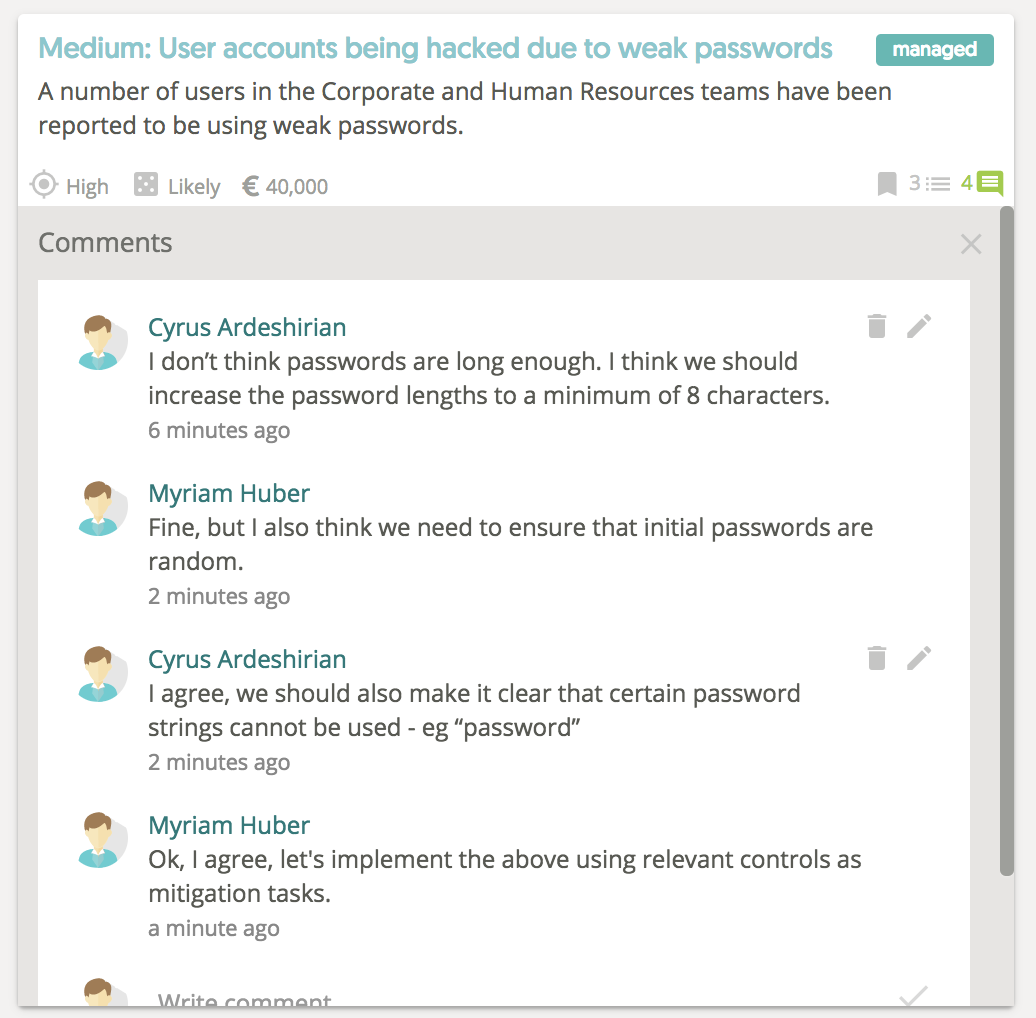 The approach to this step will depend on the nature of the risk, however, a useful starting point might be to take a look at the organisation's risk and compliance control system and reviewing deficiencies in the organisation’s maturity in respect of any relevant controls.

For example, where a risk has been identified in respect of user accounts being hacked due to weak passwords, it might be a good idea to review the organisation’s controls and any relevant policies in respect of password management. Such a review might reveal that while the organisation has created a password policy, stating that passwords must be longer than 8 characters and may not contain strings such as “password” or “asdf”, the policy has not been implemented in all of the organisation's applications and hardware. 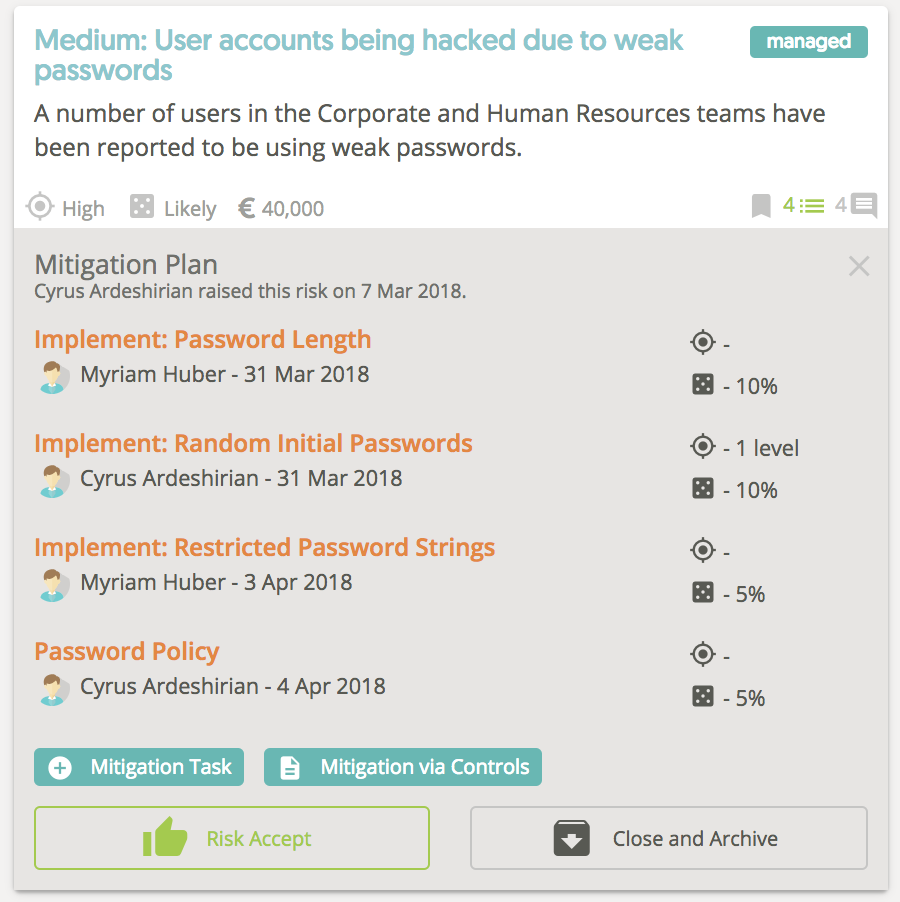 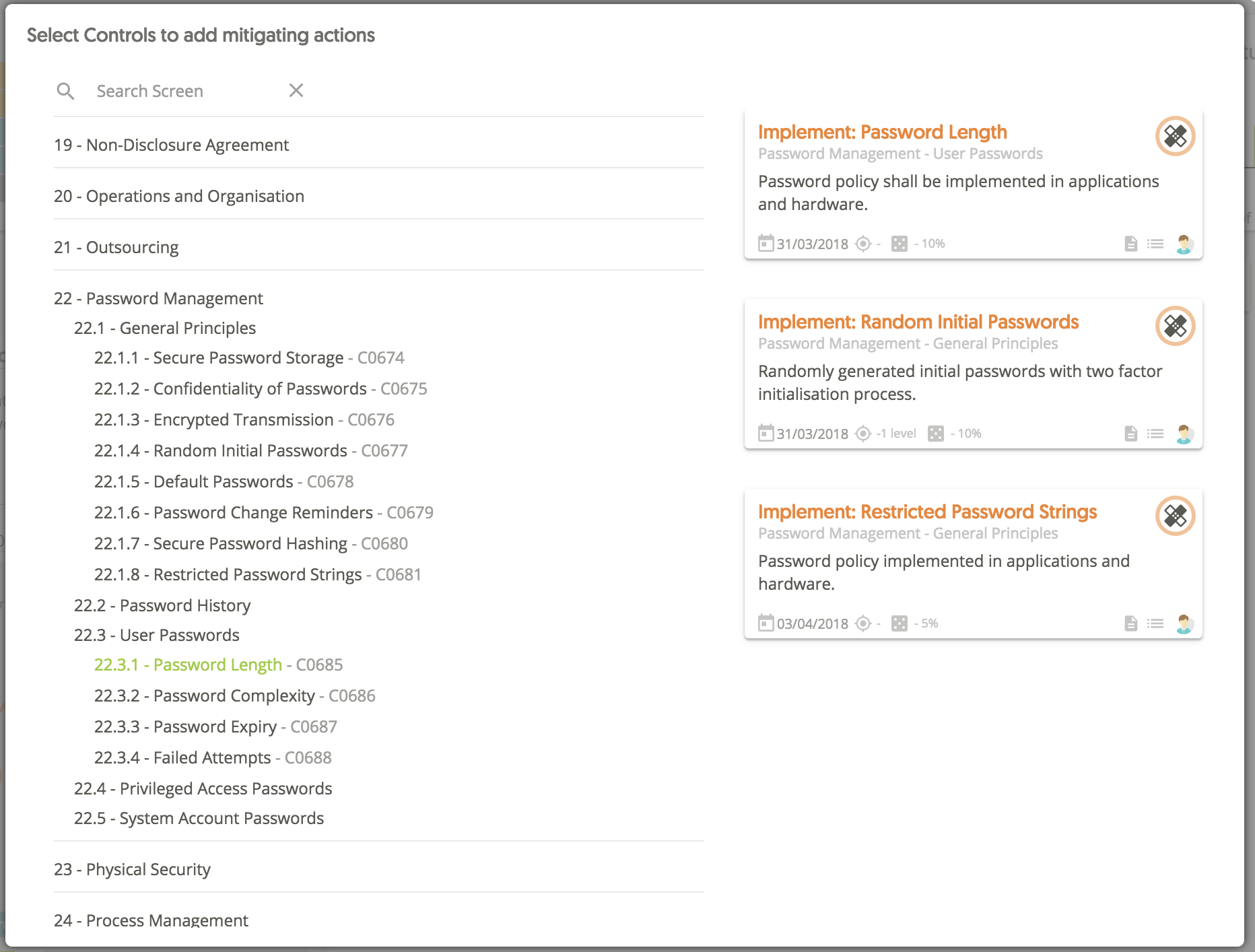 You can use Alyne’s drop-downs to document to what degree the mitigation task reduces the impact and likelihood of a risk.